The FRM plans are drawn up for the pilot areas considering resident involvement. They will address all phases of the FRM cycle but the main focus is on prevention, protection and preparedness with the aims of reducing the socio-economic damages, involving public in FRM through private loss reduction strategies, increasing public engagement for self-protection, and raising public awareness through developing Floodlabel concept for Iran and issuing the certificates for citizens of the area as an example of arid and semi-arid region. Within WP 3, that is shown in figure 1, the following tasks are planned: 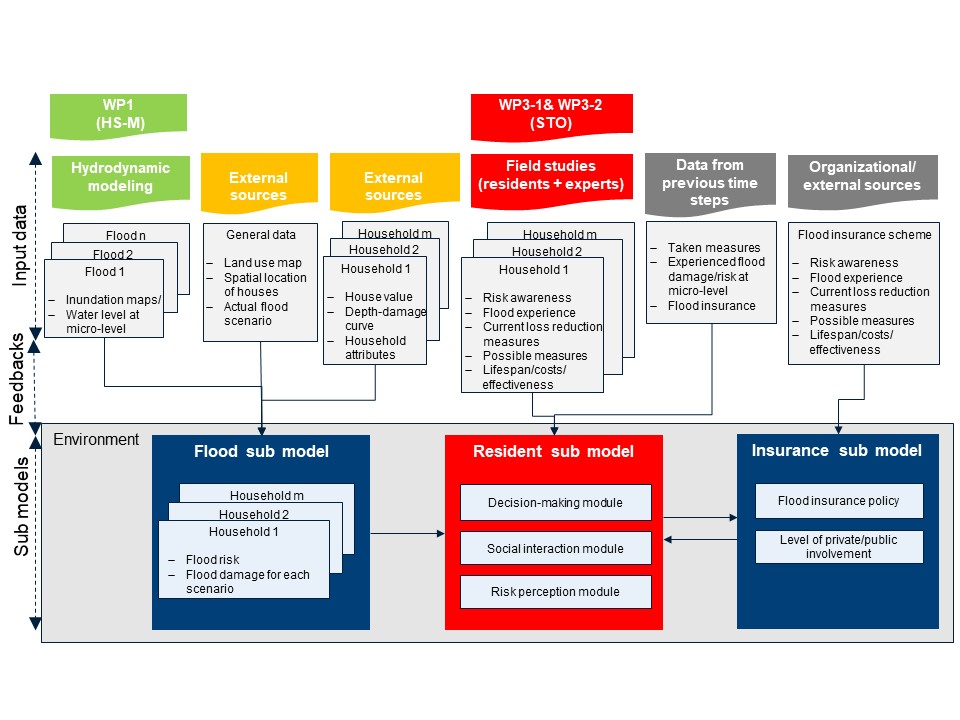